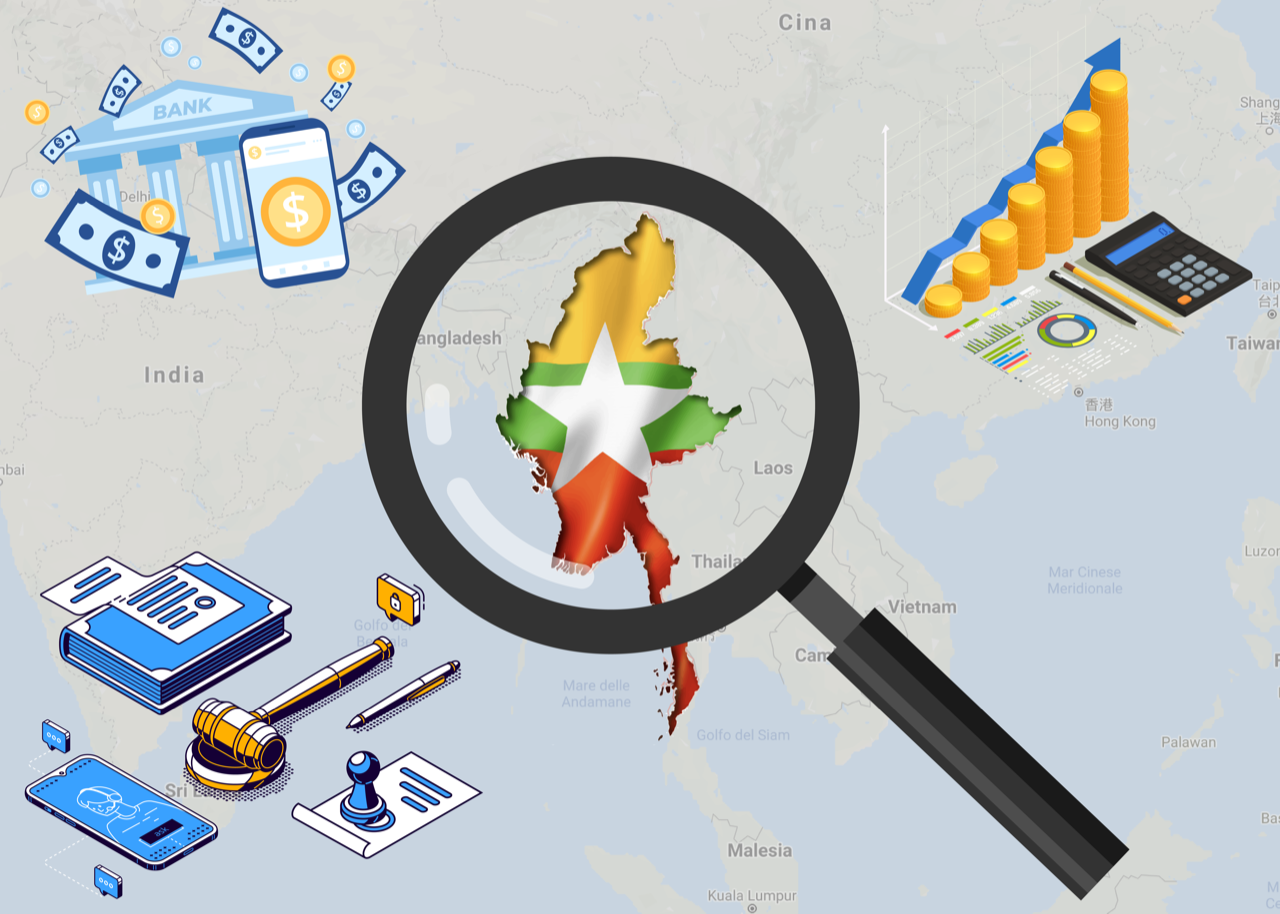 After 35 years, the first free general elections were held in Myanmar in 2015 with the victory of the National League for Democracy. Since then, a progressive liberalization and openness to internationalization began in the country, after years of isolation dictated by the military government.

The new liberalization policies aim at the access of foreign investors into the country, especially in the banking, insurance and trade sectors (retail and wholesale). The strategy of attracting new foreign direct investments focuses in particular on a simplification and standardization of bureaucratic procedures and a modernization of business law.

These measures were positively assessed by the World Bank, which - prior to the Covid-19 emergency - estimated GDP growth at 6.5% for both 2020 and 2021, despite a global economic slowdown.

As early as 2016, the Yangon Stock Exchange of Myanmar (YSX), a joint venture between the Myanmar Economic Bank, the Japanese Daiwa Institute of Research and Japan Exchange Group, was inaugurated, however the inflow of foreign direct investments was hampered by the rigorous controls established by the military government, gradually eased in 2018 with the reduction of restrictions on the entry of foreign capital in the retail and wholesale sector.

The new company law rules replace a 1914 law and allow foreign investors to be able to hold up to 35% of the shares of a local company. Analysts predict that the influx of foreign capital will spread a greater culture of transparency, best practices and know-how, important for the development of Myanmar's business landscape.

In addition, a bureaucratic simplification process was also started: in the autumn of 2018, the Myanmar Companies Online (MyCO) was set up, an online system for registering online companies, aimed at promoting transparency and reducing the number of documents needed to start an activity.

Since November 2019, the Central Bank of Myanmar has allowed insurance companies and foreign banks to access the local market, providing them with the necessary licenses. In the coming years, the government will support the opening and liberalization of new investment sectors.

Since March 2020, foreign investors have been admitted to trading on the Myanmar stock market. To participate in the negotiation, foreign investors (resident and non-resident) will have to open an account with national intermediaries specialized in holding investment funds.

For now, only five companies are listed on the YSX, three of which are open to foreign investment, for a total of approximately 9 million dollars of shares available for purchase. However, it is likely that requests will come from investors to further loosen certain aspects: for example, to date, a personal verification of identity is needed, which requires physical presence in Myanmar.

Liberalizations in the banking sector

Starting from early April 2020 and following the gradual process of liberalization in the financial sector, the Central Bank of Myanmar allowed seven banks from all over Asia to enter the country market, in which they will begin operating from 2021, after being issued of the necessary licenses.

This is important news for the banking sector, in which Aung San Suu Kyi’s governance has heavily invested, if we consider that, up to 2019, Myanmar granted "branch licenses", allowing foreign banks to only operate towards businesses, but forbidding them from accept deposits. Only since November 2019 there had been a first opening to the offering of services to families and consumers.

The new licenses will allow foreign banks to offer a full range of services such as lending to private customers and businesses, exchanging foreign currency, managing liquidity and withdrawing deposits from companies, banks and individuals in both foreign and local currency. This information was confirmed by Siam Commercial Bank, one of Thailand's largest banks, which is close to entering Myanmar

However, foreign banks still suffer from limitations, as they will only be able to open branches in the country, therefore with a separate legal entity and established as a Myanmar-based company.

A possible alternative for foreign banking companies will be to invest in local banks, up to the 35% of the shared social capital.

However, the legislation of the former military government continues to weigh on Myanmar's banking sector. Sean Turnell (economic adviser to Aung San Suu Kyi) said that the biggest obstacle lies in the rules that set the interest rates by law at 13% for loans with collateral and 16% for unsecured loans. This prevents customers in a low risk class from being adequately assessed and rewarded. The deposit rate is also set by law at 10%. According to Turnell’s words, the government aims to eliminate those limits in the near future.

A further obstacle is also represented by the cultural barriers that still exist in the country. Citizens have scarce confidence in the banking sector and prefer to store physical currency or store wealth in the form of gold and jade. In fact, 90% of Myanmar citizens do not have a bank account.

However, also in Myanmar as in the whole ASEAN, digital wallet services are beginning to spread (the first being Wawe Money in 2017), which could allow a rapid evolution of the mobile financial services market, despite the important regulatory barriers still in place.

Despite the steps forward, however, investors remain concerned about the stability of the country, the lack of transparency in the decision-making processes and the poor coordination between the various levels and institutional bodies which are responsible for issuing licenses and permits to operate in the Country.

However, the proactivity shown by the government in recent years seems to be going in the right direction. The country can also count on a great availability of workforce, low production costs and the wealth of natural resources, as well as commercial links with the dynamic economies of ASEAN.

There are no users currently online 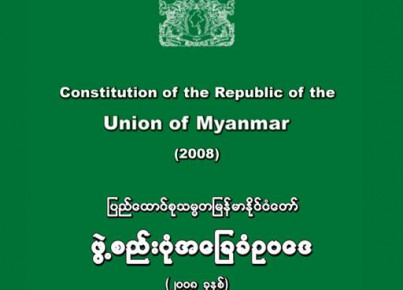